Skip to content
:Home>>Rheumatology>>A Blood Test May Help Determine Which Patients with RA Will Respond to Treatment 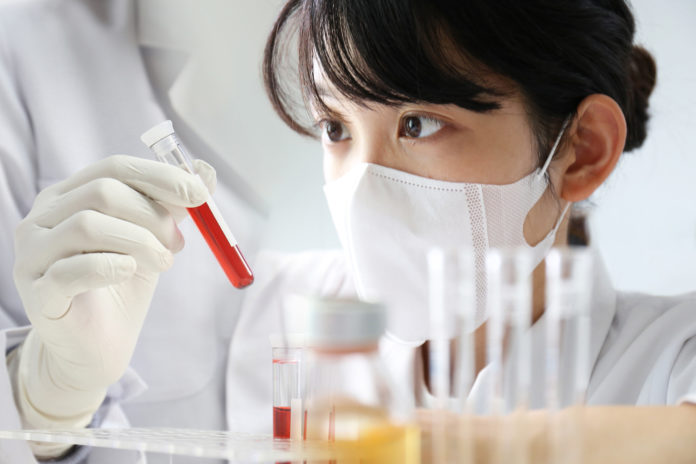 A new study found that blood biomarkers may be useful in identifying patients with rheumatoid arthritis (RA) who will respond to disease modifying anti-rheumatic drugs (DMARDs).

Despite the widespread use of DMARDs—either alone or in combination—as an RA treatment, DMARD treatment does not usually result in full remission; up to half of patients with RA are DMARD-resistant or become resistant to DMARDs overtime, according to the researchers.

Lead study author Professor Jesmond Dalli, Queen Mary University of London, explained in a press release, “The research was conducted using blood from healthy RA patients who were both responsive and unresponsive to treatment. The blood was collected before treatment initiation or six months after treatment commenced. We then measured the levels of protective molecules using mass spectrometry-based methodologies that were coupled with artificial intelligence methodologies to identify molecules that can predict responses to treatment.”

The researchers found that peripheral blood specialized pro-resolving mediator (SPM) concentrations may be predictive of a patient’s response to DMARDs. Plasma SPM concentrations still differed between responders and non-responders, even six months after DMARD initiation.

According to the researchers, approaching RA and other chronic inflammatory diseases with a precision medicines approach has not been an easy feat because there are not enough robust biomarkers to help guide this treatment strategy. The present study may contribute to this body of research.

“Currently a large proportion of patients with RA are unresponsive to DMARDs and are therefore unnecessarily exposed to their side effects,” said Professor Dalli. “In addition, it can currently take up to six months from treatment initiation to determine whether someone will or will not respond to these medicines. For the patients who do not respond to the treatment, the disease gets worse before they are able to find a treatment that is more likely to work for them.”

The study was published in Nature Communications.