Skip to content
:Home>>Nephrology>>Adherence Improved with DPP-4 Inhibitors versus Pioglitazone in Type 2 Diabetes 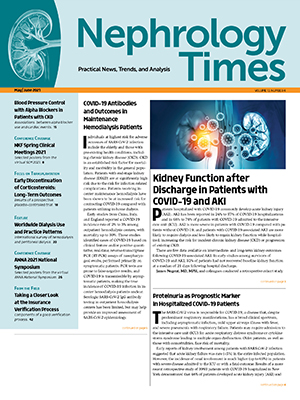 Approximately 9.4% of the population in the United States is affected by diabetes, and an estimated 35% to 40% of patients with type 2 diabetes mellitus are diagnosed with chronic kidney disease (CKD). As kidney function declines, patients experience an increase in the risk of cardiovascular complications, hospitalizations, and mortality. Healthcare costs are substantially higher among patients with both CKD and diabetes compared with patients with diabetes alone.

The researchers conducted a retrospective cohort study designed to compare adherence and persistence in patients with type 2 diabetes mellitus and nondialysis CKD treated with dipeptidyl peptidase-4 (DPP-4) inhibitors versus pioglitazone. Results of the study were reported in the Journal of Managed Care & Specialty Pharmacy [2020;26(1):67-75].

The study utilized Truven MarketScan administrative claims databases from 2009 to 2015. The proportion of days covered (PDC) following an initial dispensing was used to measure 1-year adherence for patients with diabetes and nondialysis CKD who initiated therapy with either a DPP-4 inhibitor or pioglitazone; PDC ≥0.80 was defined as adherent. The days between the index date and the last day with an index medication on hand were used to calculate persistence, based on the end of the last day’s supply or the end of follow-up (365 days), whichever occurred first. Confounder-adjusted differences between the study groups were estimated using multivariate logistic regression and Cox proportional hazards models for adherence and persistence.

Following application of inclusion and exclusion criteria, the study cohort included 9019 patients with type 2 diabetes and CKD; of those, 7002 initiated therapy with a DPP-4 inhibitor and 2017 initiated therapy with pioglitazone. The two groups were generally similar in baseline characteristics; patients in the DPP-4 inhibitor group were slightly older, more likely to be female, and had higher cardiovascular comorbidities.

In a stratified analysis by cost sharing at each level, patients in the DPP-4 inhibitor group were more likely to be considered adherent compared with patients in the pioglitazone group (P<.01). When the analysis was restricted to 2013-2014 when generic pioglitazone was available and cost sharing as a covariate was removed from the regression model, there was a smaller, nonstatistically significant difference in adherence (aOR, 1.18; 95% CI, 0.92-1.51).

There were several limitations to the study, including assessing medication adherence based on pharmacy claims data that may not correlate accurately with how patients actually took the medication, and the lack of socioeconomic or clinical variables such as race, income, education, hemoglobin A1c, duration of diabetes, and glomerular filtration rate, with potential for confounding. In addition, a claims-based diagnosis of CKD had relatively lower sensitivity, limiting the generalizability of the findings beyond this selective population. Also, the study was not able to determine the reasons for nonadherence or the long-term effect of adherence on clinical outcomes. Finally, the study population was comprised of primarily commercially insured patients; results may differ in patients with Medicare, Medicaid, or no insurance.

In conclusion, the researchers said, “Patients with type 2 diabetes mellitus and nondialysis CKD who initiated DPP-4 inhibitors adhered more to their medications compared with those initiating pioglitazone. The difference between adherence decreased following introduction of low-cost generic pioglitazone, suggesting that cost sharing may be an important factor in determining adherence to these medications. This finding can help providers make an informed decision when selecting therapy for patients with renal impairment.

“The duration of therapy changed substantially among the pioglitazone initiators, which coincided with the timeline of the FDA warnings and its generic approval. This shift in the results, and the attitudes towards the changing status of pioglitazone warrants further investigation. Nonetheless, pharmacotherapy-related decisions should be based on multiple factors that include patient characteristics, contraindications to therapy, and intended outcomes, in addition to the formulary status or cost of diabetes medications.”