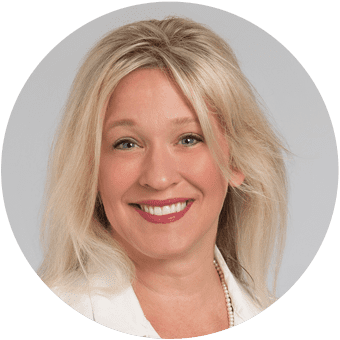 Beth received her Bachelor of Science degree from Ursuline Academy in 1996, a Master of Science in Nursing at Kent State University in Ohio in 2002, and a PhD in clinical research and nursing from Case Western Reserve University in 2014. She is currently an adult nurse practitioner in the department of hematology/oncology at the Cleveland Clinic in Ohio. A founding member of the International Myeloma Foundation Nurse Leadership Board, she has edited several books and authored many chapters and research papers, and led the development of International Myeloma management guidelines, including lead editor of the third edition of the Multiple Myeloma Textbook for Nurses by ONS publishing company (2021). Beth influenced cancer care practice by presenting at numerous international and national conferences and served as lecture chair at many of them. In 2013, she served as co-chair of the first nursing symposium at the International Myeloma Workshop in Kyoto, Japan, and was included in the sixth nursing symposium in Los Angeles in 2022. Her scholarly publications and presentations are often cited by peers and colleagues. She is the recipient of the 2013 Oncology Nursing Society Award for Medical Excellence and Patient Education, as well as the Case Western Reserve University Dean’s Legacy Award for Outstanding Doctor of Philosophy studies. In 2019, she was inducted as a distinguished fellow in the American Academy of Nursing (FAAN) and appointed to the American Board of Internal Medicine, Hematology maintenance of certification committee, and in 2022 as a fellow of Advanced Practice in Oncology (FAPO). Beth was previously editor-in-chief of The Oncology Nurse NP/PA and section editor for American Society of Hematology Clinical News. She currently serves as editor-in-chief of Journal of the Advanced Practitioner in Oncology (JADPRO), the official publication of the Advanced Practitioner Society for Hematology and Oncology (APSHO).