Skip to content
:Home>>Nephrology>>Awareness and Control of Hypertension among Hispanic/Latino Patients with CKD

Awareness and Control of Hypertension among Hispanic/Latino Patients with CKD 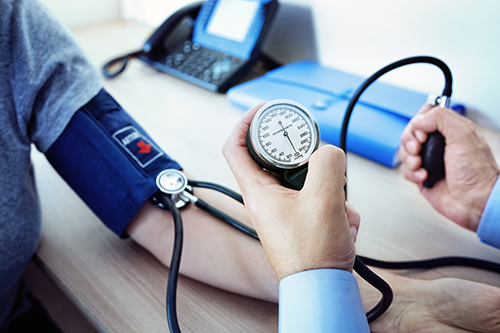 Compared with non-Hispanic whites, Hispanic/Latino individuals in the United States have a higher rate of end-stage renal disease: 456 versus 337 per million population. Inadequate detection and control of hypertension may be a factor contributing to this increasing health issue.

Previous studies and analyses of data from the National Health and Nutrition Examination Survey (NHANES) have revealed lower rates of hypertension awareness, treatment, and control among Mexican Americans compared with non-Hispanic whites. However, available data are largely limited to Mexican Americans. Dr. Lora et al. designed a cross-sectional cohort study to examine hypertension prevalence, awareness, treatment, and control among Hispanics/Latinos with and without CKD. The study utilized data from HCHS/SOL (Hispanic Community Health Study/Study of Latinos). Results of the study were reported in Kidney Medicine [2020;2(3):332-340].

The researchers compared data on US Hispanics/Latinos 18 to 74 years of age enrolled in HCHS/SOL with data from NHANES 2007 to 2010. CKD was defined as estimated glomerular filtration rate <60 mL/min/1.73 m2 or urinary albumin-creatinine ratio ≥30 mg/g creatinine. The outcomes of interest were hypertension, defined as systolic blood pressure ≥140 mm Hg or diastolic blood pressure ≥90 mm Hg or use of antihypertensive medication. To assess hypertension control, two thresholds were examined: <140/90 and <130/80 mm Hg.

Participants self-reported demographic variables of age, sex, income, education, insurance status, place of birth, and length of residency; they self-reported their backgrounds as Cuban, Dominican, Mexican, Puerto Rican, or Central or South American. The category “other” was used for participants belonging to a group not listed or to more than one group. Medical history was obtained, including currently used medications. Height and weight were measured and body mass index (BMI) was calculated as kg/m2.

Results of comparison of awareness of hypertension among the participants with hypertension found that compared with those in the not-aware group, those in the aware group were more likely to have lived in the United States ≥10 years, be of Dominican background, and have health insurance, diabetes, and lower eGFR. Compared with untreated individuals with hypertension, those with treated hypertension were older and more likely to have health insurance, diabetes, and lower eGFRs.

The researchers cited some limitations to the  study findings, including the use of a single measurement of creatinine, cystatin C, and urinary albumin excretion to define CKD; measuring blood pressure at a single visit; and the inability to ascertain medication adherence data.

“In conclusion, we found a high prevalence of hypertension and a low prevalence of awareness, treatment, and control among Hispanics/Latinos with CKD, a group at high risk for future cardiovascular disease events and end-stage kidney disease. Improvement of hypertension awareness, treatment, and control should be a public health priority to reduce the disproportionate burden of CKD in this growing population,” the researchers said.