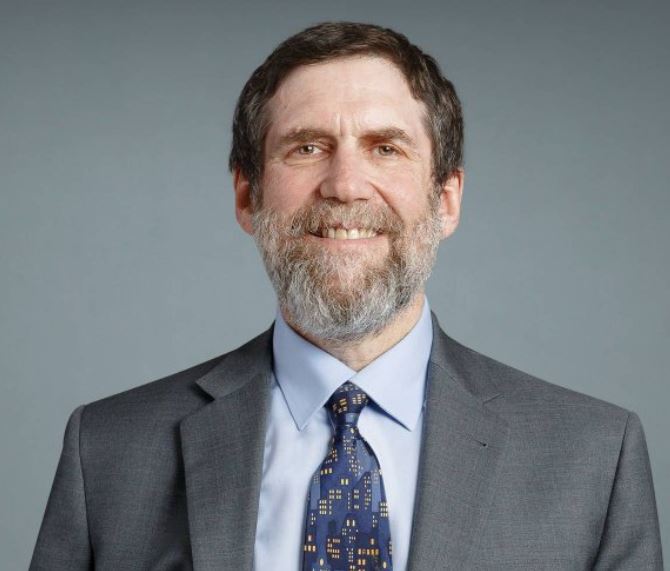 Anyone who has ever endured the experience of having kidney stones, or knows somebody who has, is aware of one thing – they are painful. Very painful. And while kidney stones usually pass on their own, medical procedures are often needed to remove or break up larger stones. Data show that more than 500,000 people in the United States go to the emergency room for kidney stones every year. Occurrences of kidney stones have risen by 231% in the US since the 1970s, and that increase might be related higher instances of diabetes, obesity, hypertension, and metabolic syndrome.

Kidney stone prevention usually includes a combination of lifestyle and dietary changes, and prescription medications. But what if there was a delicious tasting drink you could take over-the-counter to help prevent kidney stones? There’s one now.

DocWire News: Thanks for taking the time to speak with us, Dr. Goldfarb. You developed Moonstone; the first OTC beverage designed to help prevent kidney stones. Can you talk to us a little bit about the beverage. What prompted you to develop it, and how does it work?

Dr. Goldfarb:  Sure. So, the thing about this drink is that it’s high citrate, which helps prevent pretty much all kinds of kidney stones. When citrate gets into the urine, it binds to the calcium and prevents the calcium from binding to oxalate or phosphate. The most common kind of kidney stones are calcium oxalate stones. So, I think of citrate as a competitive antagonist of calcium oxalate stone formation. It prevents calcium oxalate from crystallizing, and there’s never been a real over-the-counter high citrate drink. There’s some citrate in citrus fruits. So, lemonade and orange juice have been popular and promoted, and they certainly have a little bit of benefit, but we realized when we were testing drinks that we could do better – we could make a drink with more citrate in it.

One of the other points here is that the common prescription medication potassium citrate often leads to some gastrointestinal discomfort in some people, such as gas or bloating with diarrhea about 25% of people. These pills are big. And of course, the pills don’t increase the amount of water that you drink. So, our drink is going to increase your fluid intake, and because it’s a beverage it’s going to change urine chemistry in a positive way, and it’s delicious. So those are the kinds of ideas that we had. We do have a little potassium citrate, a little sodium citrate and a little magnesium citrate. And by spreading out the different kinds of citrate that way, we hope that we’ll avoid a lot of the side effects and intolerance that some people have. Another thing that our citrate formula does, if you take the citrate it will actually alkalinize your urine. And that result will be different than increasing the amount of citrate in the urine. It will increase the pH of the urine and that helps prevent uric acid and cystine stones. So it’s pretty much a universal treatment for all kinds of stones.

How prevalent are kidney stones in the United States, and what are some of the risk factors for developing kidney stones?

The interesting thing is that kidney stones have been becoming more prevalent in the United States over the last 20 or 30 years in every population – in young people and older people, in both men and women and across every ethnic group. Also, prevalence is increasing around the world. The reasons for this are complex, but very often the most cited risk factors are being overweight and having diabetes or being prediabetic. There’s also an association of kidney stones with high blood pressure and low bone density. All of these are risk factors. There’s also been speculation that people living in hotter areas in cities, which have greater ambient temperature than more rural areas (are more susceptible). Over time it’s likely that global warming and climate change are going to lead to more kidney stones as well.

Of course, our diets are not very favorable for kidney stones because we eat a lot of salt, and salt increases the amount of calcium in the urine. There is also evidence that more dairy intake prevents kidney stones. So that’s very likely another risk factor. We usually say that the number is something like one out of 11 people are going to have a kidney stone in their lifetime. Another interesting thing is that we used to say that the male to female ratio was about two to one, but now that gap is closing. It’s now about 1.3 to one. So, it’s becoming more prevalent in women faster than it is in men.

Talk to us about Moonstone’s partnership with the National Kidney Foundation to raise awareness about kidney stones.

So, they were very interested in increasing their familiarity and resources for people with kidney stones, and they increased the amount of educational resources that they offer people on their website. And we were particularly interested in helping them. I’m a member of the medical advisory board of the National Kidney Foundation of Greater New York. And that’s one of the things that I talk about when I’m with that group of people is increasing the awareness of the fact that kidney stones are really in need of more attention. Kidney stones are sometimes not taken seriously because you pass them down, then it’s over. But the people who have recurrent stones or who have a lot of stones or big stones or go to the operating room frequently to have stones removed, those people are really are suffering. And these people are very much deserving of a new preparation to prevent stones.

For consumers, where can they go to buy Moonstone?

They can go to our website, moonstonenutrition.com, and it’s also available on Amazon and CVS.com. Our motto is to democratize kidney stone prevention. And what we mean by that is, make it possible to find something that’s relatively inexpensive. It’s about $1.80 a packet right now, something that’s OTC, that doesn’t require you to meet with a urologist or a nephrologist who specializes in kidney stones. So we really hope that people out there with kidney stones, who very often don’t get much more advice than increase your fluid intake, will use Moonstone. We want them to be able to find something that is high in citrate. That’s going to help prevent stones and really will make a bigger difference compared with, let’s say lemon juice and orange juice, which have been promoted.

Thank you so Dr. Goldfarb, do you have anything else to add?

I’m a kidney stone patient myself and I have been through all the emergency room visits and shock wave lithotripsy. And one of the reasons that I am always enthusiastic about the way that I became a kidney stone doctor is because I had them. My wife says that I’m a narcissist, but it also means that I am devoted to taking care of this group of patients. So, my partners and I really had in mind, the idea that potassium citrate pills were becoming more expensive and it was becoming harder for patients to find a way to get good advice. So that’s what Moonstone is about.