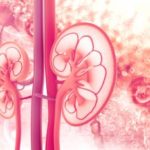 In-hospital admissions among individuals receiving kidney replacement therapy account for up to 33% of Medicare expenditures for that patient population and are a risk factor for high morbidity and mortality. Data from the US Renal Data System (USRDS) reveal risk factors for hospitalization are female sex, Black race, and young age. However, according to Ladan Golestaneh, MD, MS, and colleagues, there are substantial variations in hospitalization rates by health service area, and risks for hospitalizations are not consistent across varying types of communities, as defined by racial composition and rural/urban continuum, in the United States.

Results of previous observational studies have demonstrated disparities in predialysis care, quality of dialysis care, and access to transplantation in patients residing in Black communities. The risk of hospitalization has been shown to be higher in Black patients on hemodialysis, but it is not known whether the higher risk is related to the risks inherent in living in communities with a high percentage of Black residents.

Dr. Golestaneh et al. conducted a retrospective analysis of prospectively collected data from a cohort of patients receiving hemodialysis to test the hypothesis that patients receiving hemodialysis being treated at facilities in communities with more Black residents have a higher risk for hospitalization and that this association accounts, in part, for the higher risk for hospitalization attributed to Black patients by the USRDS. Results of the study were reported in the American Journal of Kidney Diseases [2020;76(6):754-764].

The study cohort included 4567 patients who were treated at 154 dialysis facilities in 127 unique zip codes and were enrolled in US DOPPS (Dialysis Outcomes and Practice Patterns Study) phases 4 to 5 (2010-2015). The outcome of interest was the rate of hospitalizations during the study period.

Fewer patients at tertile 3 centers had a diagnosis of psychiatric disorder, coronary or other cardiac/cerebrovascular diseases, diabetes, or lung disease; a higher proportion had hypertension, heart failure, and HIV, and reported substance abuse. There were also clinically relevant differences in the cause of kidney failure: Black patients receiving dialysis in zip codes with the lowest tertile of Black residents had a diagnosis of glomerulonephritis more commonly as the cause of kidney failure and a diagnosis of hypertension less commonly than Black patients treated at facilities in tertiles with the highest proportion of Black residents (12.3% vs 8.8% for glomerulonephritis; 33.3% vs 44.0% for hypertension; P=.07).

Following adjustment for categories of variables, the association remained robust. For tertile 3, the IRR was 1.32 (95% CI, 1.12-1.56) in fully adjusted models compared with tertile 1.

The researchers cited some limitations to the study findings, including the possibility of residual confounding due to unmeasured patient- or community-level variables. In addition, the use of community racial composition may have overlooked socioeconomic factors and their role in outcomes.