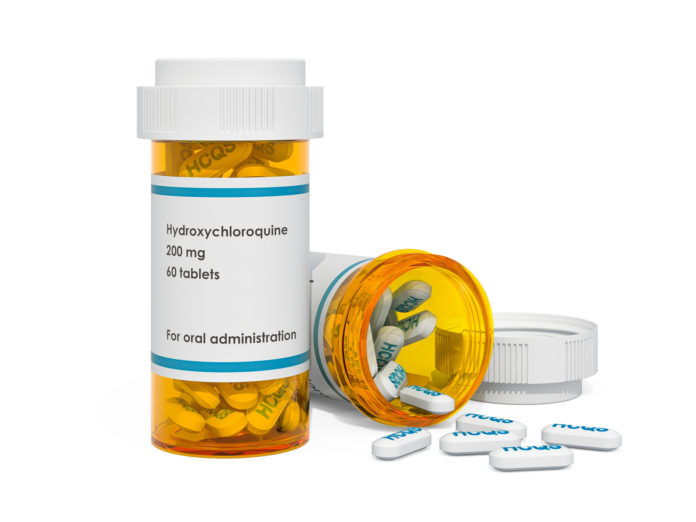 Patients with systemic lupus erythematosus (SLE) taking hydroxychloroquine may also benefit from improved vascular health. In a recent study, the antimalarial was correlated with decreased platelet activation and activation-related transcripts.

“Notably, hydroxychloroquine has been associated with several benefits in patients with SLE, including a decrease in the rate of disease flares, protection against organ damage, improvement in overall survival and reduction in the risk of thrombosis. Although antithrombotic effects have been demonstrated in clinical studies, the underlying mechanisms driving this protective effect are not fully understood,” the study authors explained.

The researchers assessed platelet aggregation and platelet mRNA expression, as well as sublingual capillary perfused boundary region (PBR), red blood cell filling (RBCF), and brachial artery reactivity testing, comparing patients by whether or not they were taking hydroxychloroquine. The hydroxychloroquine group was further evaluated by dose.

There were 132 patients in total with a mean age of 39.7 years, and 97% of the cohort was female; 108 patients were taking hydroxychloroquine.

“Gene expression of P-selectin (SELP) was inversely correlated with HCQ dose (r=−0.41, p=0.003), which was validated at the protein level,” the authors observed.

The improvement in vascular function among patients taking hydroxychloroquine was associated with the dose they were taking; this was observed in lower PBR (P=0.007), higher RBCF (P=0.004) and greater brachial artery reactivity (P=0.056).

The study was published in Lupus Science & Medicine.

“In aggregate, data from this study demonstrate a dose-dependent association between hydroxychloroquine and platelet activity, transcriptome and overall vascular health. These results reinforce the antithrombotic properties of hydroxychloroquine in patients with SLE and potential protective benefit in a disease where premature atherosclerosis is a significant comorbidity,” the researchers concluded.