Skip to content
:Home>>Rheumatology>>Knee OA Patients May Be Able to Switch from NSAIDs to Cognitive Behavioral Therapy 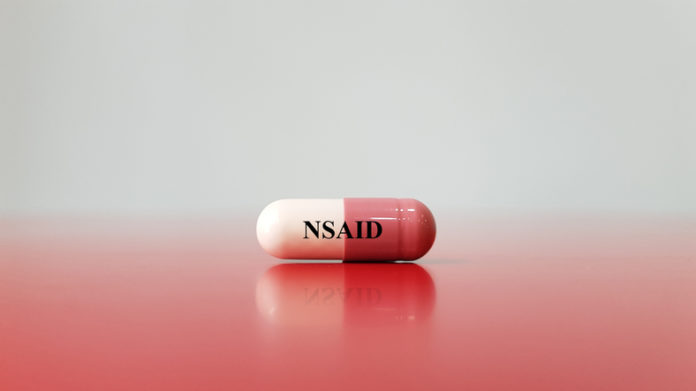 Patients with osteoarthritis (OA) of the knee may be able to switch from nonsteroidal anti-inflammatory drug (NSAID) therapy to meloxicam or cognitive behavioral therapy without significant differences in pain after about three months, according to a randomized withdrawal trial.

“Nonsteroidal anti-inflammatory drugs (NSAIDs) are commonly prescribed for knee osteoarthritis. However, they are associated with uncertain long-term clinical benefit and significant toxic effects,” the researchers explained in JAMA Internal Medicine.

The Stopping NSAIDs for Arthritis Pain trial included 364 patients who were taking NSAIDs for their arthritis pain most days of the week for at least three months between Sept. 1, 2013, and Sept. 30, 2018. Over a two-week period, patients terminated their current NSAID treatment and took meloxicam 15 mg daily, after which patients who were still eligible were randomized 1:1 to receive either meloxicam or placebo for four weeks. For the next 10 weeks, the meloxicam group continued this course of treatment, and the placebo group was enrolled in a 10-week cognitive behavioral therapy program. The main outcome measure was four-week Western Ontario and McMaster Universities Osteoarthritis Index (WOMAC) pain score with a noninferiority margin of 1. Additional outcomes were the area under the curve of the pain score at four weeks and 14-week WOMAC pain score, area under the curve of the pain score, WOMAC disability score, and global impression of change.

The researchers summarized, “Among patients with knee osteoarthritis, placebo and CBT (after placebo) are inferior to meloxicam. However, the WOMAC pain score differences between the 2 groups were small, and there were no statistically significant differences in participants’ global impression of change or function after 14 weeks.”