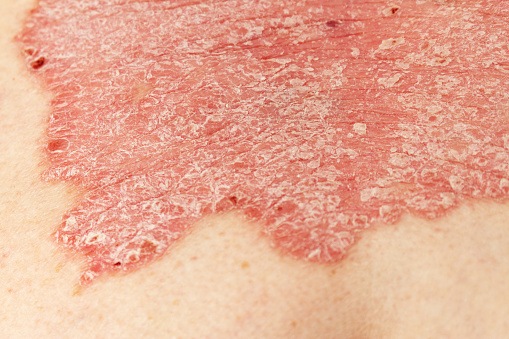 Early identification of certain patient factors may predict long-term outcomes in psoriasis, according to a study.

Between 2001 and 2005, patients were enrolled in the Stockholm Psoriasis Cohort, which was assessed in the present trial. Patients aged 15 years or older with psoriasis onset during the last 12 months were eligible for inclusion. Data collection included patient evaluations performed by dermatologists and rheumatologists at enrollment and 10 years, questionnaires, medical records, and registers. The main outcomes were disease severity and psoriatic arthritis (PsA).

Final analysis included 721 patients. The median age was 39 years, and 56% of patients were female. Three-quarters of patients had plaque-onset, and about one quarter had guttate-onset psoriasis. Follow-up was a median 9.6 years. Twelve years after enrollment, 21% of patients had severe psoriasis.

After 10 years, 509 patients were available for a clinical examination. At this time, 20% of patients with plaque onset and 48% with guttate onset had minimal disease activity without treatment. About a quarter of this group had PsA.

Patients with psoriasis who had plaque phenotype, above-median disease activity, and scalp lesions were much more likely than those with below-median disease activity at the time of enrollment to have severe skin disease (11% vs 52%). Similarly, patients with initial joint pain were more likely than those without to have PsA after 10 years (12% vs 59%). Other predictors of severe disease were smoking and activating genes in the interleukin-23 (IL-23) pathway. Meanwhile, patients with systemic therapy at or before enrolling in the study had a lower 10-year risk of severe disease as opposed to delayed therapy initiation.

The study was published in JAMA Dermatology.

“The findings of this cohort study suggest that combinations of clinical characteristics at onset and activating genes in the IL-23 pathway are significantly associated with the clinical course of psoriasis, whereas joint pain and peripheral enthesitis may indicate the probability of PsA. Patients within those categories merit specialist referral and closer follow-up. The possibility of modifying the disease course with early systemic intervention should be tested,” the authors wrote in their conclusion.