Skip to content
:Home>>Rheumatology>>Tennis Star Caroline Wozniacki Opens Up About ‘Scary’ RA Experience and Waiting to be Diagnosed 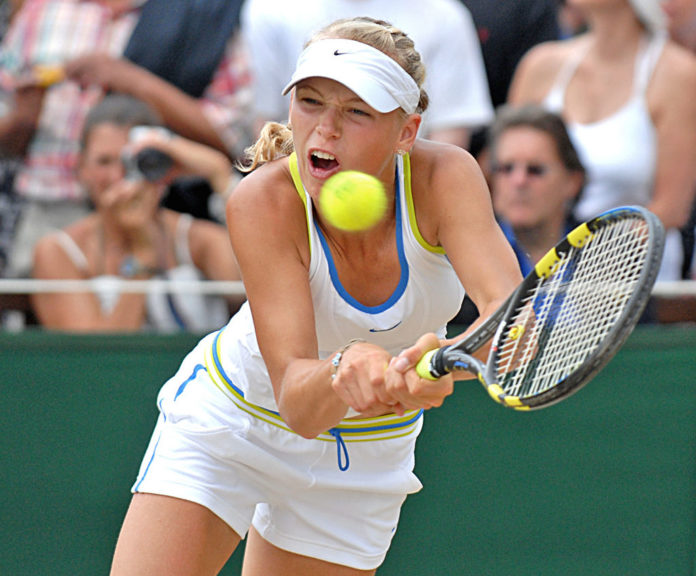 It may be difficult to imagine strong, successful athletes battling with something as debilitating as rheumatoid arthritis (RA). But two years ago, that’s exactly what happened to former tennis professional Caroline Wozniacki.

Wozniacki opened up about her experience in an exclusive interview with PEOPLE. In 2018, she was ranked the No. 2 tennis player in the world—unbeknownst to her fans, however, the morning after a three-hour tennis match, Wozniacki couldn’t get out of bed due to “excruciating pain.”

She recalled telling her husband, “I literally can’t move, I’m so exhausted and in so much pain.” She further described to PEOPLE, “I felt like I’d been hit by a car and had mono at the same time.”

The athlete was 28 years old at the time but couldn’t get herself out of bed or even put her hair in a ponytail.

“It could have been cancer; it could have been a million things,” Wozniacki said of that morning. “Being a strong athlete and going from playing three hours on a tennis court and then the next day barely being able to get out of bed, raised a lot of question marks.”

In an interview with Health, the athlete recalled the time before receiving her diagnosis: “I was feeling some symptoms like a lot of women that have an autoimmune disease but don’t really know they have it. You start by feeling a little better or a little worse, but it comes down to feeling very tired or overworked,” she explained. “I never really paid attention to it because of the grueling schedule of being a professional tennis player. You just think you’ve overworked yourself.”

She struggled with symptoms that included pain, fatigue, and swollen joints, and she sought answers for a long time. She told Health she saw five different doctors before receiving a surprising RA diagnosis—which only came about through further tests because “I was persistent.”

The diagnosis was a shock given her healthy lifestyle, Wozniacki said: “I was 27 years old and the number two tennis player in the world. I’m in great shape and eat well. I do all the right things.” She’s unaware of anyone in her family who has RA or another autoimmune disease. The cause of RA is unknown, but it’s believed that genetics may play a role.

Wozniacki retired from tennis in January but she still stays active. She enjoys running and swimming as well as yoga and Pilates. Low-impact aerobic activities are recommended for patients living with RA.

Wozniacki’s experience led her to launch Advantage Hers, a global campaign aimed at helping women with autoimmune diseases take advantage of their lives and take an active role in managing their disease.

“I want women to know that if they have pain in the joints and feel exhausted, they should talk to their doctors about getting tested for RA or other autoimmune diseases,” she told Health. “Women know their bodies so well and know when something isn’t right. I want women to know that they’re not alone. We are here to help you through the good days and the bad days.”