Terlipressin with Albumin for Patients with HRS-1: CONFIRM Trial Results 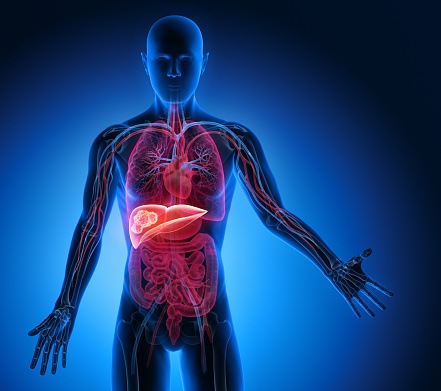 Patients with decompensated cirrhosis and ascites may develop type 1 hepatorenal syndrome (HRS-1), characterized by rapidly progressing kidney failure. If left untreated, HRS-1 is often fatal, with a median duration of survival of weeks to months. Reversal of the hemodynamic abnormalities associated with advanced cirrhosis may be achieved with pharmacotherapy with vasopressors to improve renal perfusion and function in patients with HRS-1.

Terlipressin is a synthetic vasopressin analogue with vasoconstrictor activity in the splanchnic and systemic vasculature. The efficacy and safety of terlipressin in patients with HRS-1 have been examined in previous, multicenter, placebo-controlled trials. It is used to treat patients with HRS-1 in many parts of the world and is part of the clinical practice guidelines in Europe.

Florence Wong, MB, BS, MD, and colleagues conducted the CONFIRM trial to confirm the efficacy and safety of terlipressin plus albumin, compared with placebo plus albumin, in adults with cirrhosis and HRS-1. Results of the phase 3 trial were reported in the New England Journal of Medicine [2021;384(9):818-828].

Patients were randomly assigned in a 2:1 ratio to receive terlipressin or placebo for up to 14 days. Concomitant use of albumin was strongly recommended for both groups. The primary end point of interest was verified reversal of HRS-1, defined as two consecutive serum creatinine measurements of 1.5 mg per deciliter or less at least two hours apart up to day 14 and survival without renal replacement therapy (RRT) for at least 10 days following treatment completion. To account for multiple comparisons, four prespecified secondary end points were analyzed with the Hochberg procedure: (1) HRS reversal, defined as serum creatinine level of 1.5 mg per deciliter or less; (2) durability of HRS reversal, defined as HRS reversal without RRT to day 30; (3) HRS reversal among patients with systemic inflammatory response syndrome; and (4) verified HRS without recurrence of HRS by day 30.

The trial was conducted from July 13, 2016, to July 24, 2019, at 60 sites in the United States and Canada. The total cohort included 300 patients who were randomized to the terlipressin group (n=199) or the placebo group (n=101). The two groups were generally well balanced at baseline in clinical and demographic characteristics.

The primary end point (verified reversal of HRS) was achieved by a significantly higher percentage of patients in the terlipressin group than in the placebo group (32% [63 patients] vs 17% [17 patients]; P=.006); 17 patients in the terlipressin group and nine in the placebo group were considered to be unclassifiable with respect to the primary end point.

Limitations to the trial cited by the authors included the inability to assess between-group differences in survival, and the lack of an assessment of prespecified outcomes after liver transplantation was not performed.

In conclusion, the authors said, “In the CONFIRM trial, the use of terlipressin plus albumin was more efficacious than placebo plus albumin in producing verified reversal of HRS in patients with decompensated cirrhosis and HRS-1. Terlipressin was associated with serious adverse events, including respiratory failure.”