Skip to content
:Home>>Rheumatology>>Upadacitinib versus Adalimumab: How Do These Arthritis Drugs Compare?

Upadacitinib versus Adalimumab: How Do These Arthritis Drugs Compare? 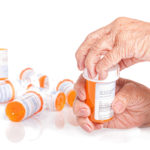 A higher dose of upadacitinib was superior to adalimumab in patients with psoriatic arthritis, according to a study, but outcomes did not largely differ when a lower dose was administered.

“The Janus kinase inhibitor upadacitinib is a potential treatment for psoriatic arthritis. The efficacy and safety of upadacitinib as compared with adalimumab, a tumor necrosis factor α inhibitor, in patients who have an inadequate response to nonbiologic disease-modifying antirheumatic drugs are unclear,” the researchers explained.

The randomized, 24-week, phase 3 trial assigned patients 1:1:1:1 to oral upadacitinib (either 15 mg or 30 mg once daily), placebo, or subcutaneous adalimumab (40 mg every other week). The main outcome was American College of Rheumatology 20 (ACR20) response (≥20% decrease in the number of tender and swollen joints and ≥20% improvement in at least three of five other domains) at week 12, comparing upadacitinib versus placebo; the upadacitinib versus adalimumab comparisons were secondary outcomes.

The study was published in the New England Journal of Medicine.