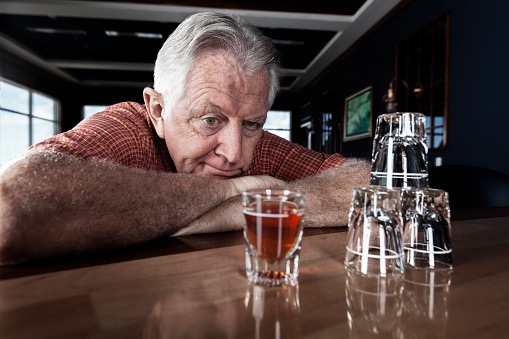 New research suggests that abstaining from alcohol after undergoing catheter ablation for atrial fibrillation (AFib) was associated with improvements in several outcomes.

Researchers for the observational prospective study enrolled 3,474 consecutive patients undergoing catheter ablation for AFib. Patients were required to limit their consumption of alcohol to <20g/week following the procedure. The primary study endpoint of interest was AFib/atrial tachycardia-free survival with no antiarrhythmic drugs beyond a 3-month blanking period. They also assessed the percent reduction of alcohol consumption from baseline to 1-year after ablation. They then used univariate and multivariate Cox regression analyses to examine the association between percent reduction of alcohol consumption and AF/AT recurrence-free survival.

According to the study results, analysis was performed in more than 1,700 patients who were regular consumers of alcohol before ablation. Median baseline alcohol consumption was 140g/week, which decreased to 70g/week during the 1 year of follow-up. The multivariate Cox regression analysis showed that alcohol reduction ≥1% from baseline to follow-up was associated with a lower risk of AFib/tachycardia recurrence (P<0.001) when compared to a smaller decrease in alcohol consumption.

This result is similar to recent research, some presented at the recent American College of Cardiology Scientific Session that suggested that increased alcohol consumption was associated with an increase in the risk for AFib and also AFib-related events. The HOLIDAYS-Monitor study, which monitored 100 patients with paroxysmal or intermittent AFib using wearable monitors and self-reported drinking exposure, showed that there was a six-fold increase in the risk for experiencing an AFib event within the first 4 hours of consuming alcohol, and two or more drinks were associated with a 20-fold increase in risk for AFib events.

“There is conventional wisdom that alcohol is ‘good’ or ‘healthy’ for the heart, based on observational studies, but that relates to coronary heart disease and heart attack,” one of the study authors said of the results.

And while those data provide an important warning, another study from the same meeting also showed that alcohol consumption in moderation was actually associated with a mild health benefit, brought on by among other factors stress relief (and the amygdala and frontal cortex activity associated with stress relief). Patients who consumed a moderate weekly intake of alcohol (between 1 and 14 drinks total) saw a 20% reduction in their risk for major cardiovascular events.

The study was published in Circulation: Arrhythmia and Electrophysiology.