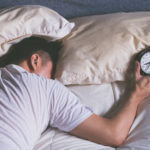 A new systematic review and meta-analysis in Hypertension suggests that while beta-blockers taken for various cardiovascular conditions are not likely to cause depression, they may be associated with some sleep disorders.

According to a release about the study, the mental side effects of beta-blockers have been discussed for decades. The present study represents the first of its kind, examining the spectrum of mental health side effects potentially related to beta-blockers. The study population included data on more than 53,000 individuals from across 285 eligible studies. More than 70% of the trials included in the analysis were focused on treatment for hypertension., including randomized controlled trials of beta-blockers. Almost 70% of the included studies were clinical trials, and 31 of them addressed depression in placebo-controlled trials.

According to the results, depression did not occur more frequently in comparison to placebo. Additionally, the rate of medication discontinuation was no different from those on beta-blockers compared to other medications. Among the interesting findings was an association between unusual dreams, insomnia, and other sleep disorders was observed in those taking beta-blockers, and those discontinuing them most frequently cited fatigue/tiredness as the reason.

“Our results indicate that concerns about adverse mental health events, especially depression, should not affect the decision about beta blockers. Beta-blockers are mostly safe regarding psychological health,” said Reinhold Kreutz, MD, PhD, supervising corresponding study author and a professor at the Berlin Institute of Health, Institute of Clinical Pharmacology and Toxicology, in a news release. “We found no indication of an association between beta-blocker use and depression. The same was true for most of the other mental health symptoms, as reported in the studies that were included in our analyses. However, sleep-related symptoms such as unusual dreams or insomnia did emerge during beta-blocker therapy for some patients.”

He added: “Patients with a history of cardiovascular events such as a heart attack or stroke were prone to develop psychological complications. Though we found beta-blockers were not causally linked, these patients should be monitored.”