Skip to content
:Home>>endocrinology>>Calcimimetic Agents for Treatment of Adults with Secondary Hyperparathyroidism

Calcimimetic Agents for Treatment of Adults with Secondary Hyperparathyroidism 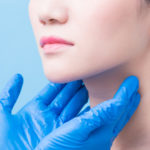 Complications of chronic kidney disease (CKD) include hyperphosphatemia, impaired vitamin D activation, hypocalcemia, and increased parathyroid hormone (PTH) synthesis and secretion. Secondary hyperparathyroidism and other factors that include hyporesponsiveness to PTH and fibroblast growth factor 23 biology lead progressively to bone pain, fracture, and deformity; accelerated valvular and vascular calcification; myopathy; and itch. There is also an association between secondary hyperparathyroidism and all-cause and cardiovascular mortality. International clinical practice guidelines call for serum PTH levels being lowered toward a target range.

Calcimimetic drugs mimic the action of calcium on calcium-sensing receptors in the parathyroid gland and suppress PTH synthesis and secretion. The first calcimimetic drug approved for use was cinacalcet, a drug that accounted for an annual cost to US Medicare of $0.4 billion in 2013. Cinacalcet is associated with adverse effects including frequent nausea and vomiting. Newer agents, etelcalcetide and evocalcet, reduce PTH levels compared with placebo and may have fewer gastrointestinal adverse events.

There are few data available on the comparative effectiveness and acceptability of these agents. Suetonia C. Palmer, Mb ChB, PhD, and colleagues conducted a systematic review of randomized controlled trials and a network meta-analysis to compare the effectiveness of the three calcimimetic agents: cinacalcet, etelcalcetide, and evocalcet. Results were reported in the American Journal of Kidney Diseases [2020; 76(3):321-330].

The study population included adults with CKD enrolled in a clinical trial of a calcimimetic agent. The researchers searched MEDLINE (February 7, 2013, through November 21, 2019), EMBASE (February 7, 2013, through November 21, 2019), and the Cochrane Central Registry of Controlled Trials (through CENTRAL Issue 11 of 12, November 2019). Randomized controlled trials and quasi-randomized controlled trials that compared a calcimimetic agent alone or in combination with another agent, vitamin D compound, parathyroidectomy, placebo, or standard care as treatment for adults with secondary hyperparathyroidism due to CKD were included. Studies in children and those in adults with primary hyperparathyroidism were excluded.

The search yielded 412 unique records; of those, 17 records reporting 18 studies met inclusion criteria. Those 18 were added to a previous published systematic review of 18 studies involving 7446 participants, resulting in a final analysis total of 36 studies involving 11,247 participants. The included trials included two in which there were two or more treatment strata using different routes or different doses of intervention; in one publication two trials were reported. Those distinct treatment strata and trials within reports were counted as separate trials in the meta-analysis.

Thirty-two of the 36 trials (involving 10,601 patients) involved patients being treated with long-term dialysis. Two trials included 46 recipients of a kidney transplant who had persistent secondary hyperparathyroidism and two trials (458 patients) examined treatment in patients with early stages of CKD. The trials conducted in the earliest years (from 2000 onward) principally evaluated cinacalcet versus standard care. Trials of etelcalcetide and evocalcet were published in 2015 and 2018, respectively. One study compared a calcimimetic agent with surgical parathyroidectomy in 30 kidney transplant recipients.

Hypocalcemia was examined in 29 trials (10,528 participants). The trials had varying definitions of hypocalcemia. All examined interventions were associated with hypocalcemia to a greater extent than placebo. Etelcalcetide had the highest odds of incurring hypocalcemia (ORs, 2.30 [95% CI, 1.35-3.92] versus evocalcet and 1.47 [95% CI, 1.08-2.00]) versus cinacalcet.

A total of 28 trials (10,827 participants) analyzed nausea. Nausea was experienced to a greater degree with cinacalcet and etelcalcetide than with placebo. Cinacalcet was ranked worst for nausea and increased the odds, compared with evocalcet (OR, 2.02; 95% CI, 1.21-3.34). In comparison with placebo, there was no detectable increase in nausea with evocalcet.

Across the calcimimetic agents, difference in the risks for mortality, cardiovascular end points, or fracture could not be discerned with sufficient certainty.

Study limitations cited by the authors were not including the full range of trials evaluating vitamin D compounds other than those simultaneously evaluating calcimimetic agents, the lack of longer-term data for comparisons of the agents, and the variations across the trials in definitions of end points.

The researchers said, “In conclusion, this network meta-analysis provides comparisons of all available calcimimetic agents for treatment of secondary hyperparathyroidism. At present, the benefits of calcimimetic agents are limited to lowering serum PTH levels during short-term follow-up. Longer-term effects of treatment on cardiovascular and bone complications are uncertain. Etelcalcetide was the most efficacious calcimimetic agents for lowering serum PTH levels, but incurred hypocalcemia, nausea, and vomiting. Cinacalcet ranked worst for nausea and had somewhat lower effectiveness. Evocalcet had lower effectiveness for achieving target PTH levels while incurring fewer adverse effects.”

POCNnews2021-06-08T14:41:16+00:00April 7th, 2021|endocrinology|Comments Off on Calcimimetic Agents for Treatment of Adults with Secondary Hyperparathyroidism