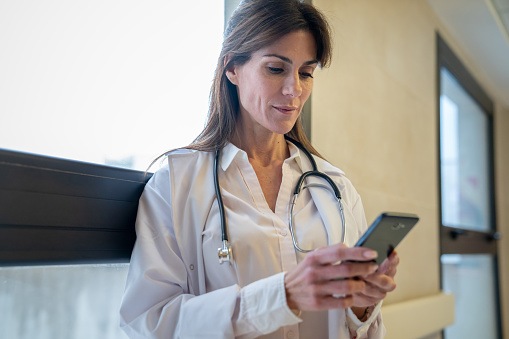 Researchers for this paper performed a literature review of 277 autopsied hearts from studies across 22 publications that were performed in patients with COVID-19 (media patient age, 75; 97.6% had at least one comorbidity). An initial review showed that 20 (7.2%) of the hearts had myocarditis. The researchers, after reexamination, determined that the true prevalence of myocarditis is likely lower than 2% (1.4%). The researchers did reported, however, at least one acute potentially COVID-related cardiovascular histopathologic finding (macrovascular or microvascular thrombi, inflammation, o0r intraluminal megakaryocytes) in at least 47.8% of the autopsy cases. After analysis, the researchers also determined that there was significant variation in reporting across publications and studies potentially indicating observer biases.

Myocarditis Caused By COVID-19 Not As Prevalent As Feared?

Researchers analyzed data collected between 1997 and 2014 on medical histories, habits, and demographics of over 390,000 adult smokers and nonsmokers in the United States. Occasional smokers were excluded. 58% of participants were never smokers, 23% were ex-smokers, and 19% were current smokers. Among current smokers, 2% had started smoking before age 10, and 19% began smoking between ages 10 and 14. Current smokers had nearly three times the risk of premature death compared to never smokers. The risk was higher among those who began smoking before the age of 15, and highest of all for those who started before age 10. Quitting smoking by the age of 40 reduced overall risk of premature death from CVD by about 90%.

Study authors use data from the 2013 Nationwide Readmissions Database on AFib, aiming to create risk prediction models and ultimately predict 90-day hospital readmission rates. The researchers employed multiple machine learning methods (k-Nearest Neighbors, Decision Tree, and Support Vector Machine) to determine variable importance. The average patient age was 64.9 years, with 62% of patients being male. The primary outcome of interest was 90-day hospital readmissions status. There was a total of 9,468 (weighted n=20,612) cases for 90-day readmissions prior to applying exclusion criteria, and 4,922 cases after applying criteria. The 90-day readmission rate was 17.6%. They reported that important variables in 90-day readmission predictions for AFib catheter ablation included patient age, number of diagnoses, and the total number of hospital discharges. According to the results, k-Nearest Neighbor showed the best performance and most accurate predictive ability (85%), followed by Decision Tree. Support Vector Machine, they reported, was not ideal.

This study used data from the 2017 National Health Survey that assessed awareness of 5 common stroke symptoms (numbness of the face/arm/leg; confusion/trouble speaking; difficulty walking/dizziness/loss of balance; trouble seeing out of one or both eyes; and severe headache) as well as planned response knowledge (such as calling emergency services) across many socioeconomic groups. The study population included more than 24,000 (n=24,769) representing more than 107 million young adults. According to the results, 2,718 young adults (28.9%) were not aware of all five symptoms, and 242 were not aware of even one symptom. Following adjustment for confounders, the authors reported that Hispanic ethnicity, non-US-born immigration status, and lower education levels were all significantly associated with a lack of stroke symptom awareness.