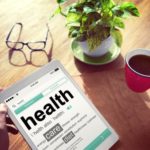 Racial disparities in the use of mechanical clot removal persist, despite an overall increase in the use of mechanical removal overall. The study results, which included data on several hundred thousand individuals eligible for therapy, indicated that eligible black recipients were 32% less likely to receive mechanical therapy compared to non-Hispanic whites. “It is reassuring that the treatment gap for Black patients has narrowed since 2015, yet it remains significant and is concerning,” an author said. “The most surprising finding was the discrepancy between short- and long-term outcomes in non-Hispanic white patients versus the patients in other race and ethnicity groups,”

Aspirin is not as effective as anticoagulant therapy in some patients, according to a new analysis in The Lancet Neurology. This was a conversation-generating study, which showed for the first time that 90-day aspirin therapy after treatment for cervical artery dissection was less effective as a blood thinner than anticoagulant therapy. “The study suggests that the evidence to consider aspirin as standard of care in patients with cervical artery dissection is insufficient,” the authors wrote. “Aspirin cannot simply replace conventional standard therapy with a blood thinner.” They did caution that more research is needed to confirm these results.

The American Stroke Association recently published research at their annual meeting suggesting that women are at a higher risk for post-stroke depression than their male counterparts. Stroke patients were almost 50% more likely to develop depression than MI patients following the events, and female patients especially were 20% more likely to develop depression post-stroke than male stroke survivors. “Our current findings highlight the need for active screening and treatment for depression in the time period immediately and well after the stroke and the importance of screening all stroke patients for poststroke depression, including women and those with a history of mental illness,” the authors wrote.

VIDEO: In this interview, Hiren Shah, MD, of the Feinberg School of Medicine, talks with DocWire News about what’s new in the realm of venous thromboembolism (VTE), and about how the COVID pandemic has affected his practice and patients. This is the second part of a two-part interview. Part one can be viewed here.

IN CASE YOU MISSED IT: Rivaroxaban has been added in the American Diabetes Association’s Updated 2021 Standard of Care recommendations. Specifically, and based on recent data from several major trials, the recommendations now carry an A-level of evidence for consideration of the use of low-dose rivaroxaban (plus aspirin) in some patients for the reduction of the risk for adverse cardiovascular events. Click here to read more.