Skip to content
:Home>>Cardiology>>Catheter Ablation of AFib is Better for Patients with Tachycardia-Bradycardia Syndrome than Pacemaker Implantation 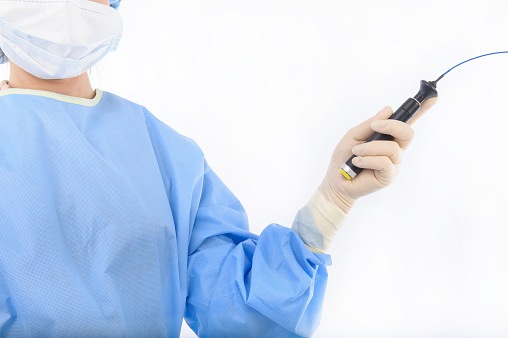 Catheter ablation of atrial fibrillation (AFib) is a safer, and more effective treatment for patients with tachycardia-bradycardia syndrome (TBS) than pacemaker implantation, according to a study published in Frontiers in Cardiovascular Medicine.

In this single-center retrospective study, researchers assessed 306 patients with TBS, including 165 individuals with pacemaker implantation (Pacing group) and 141 patients with catheter ablation (Ablation group). Exclusion criteria was stipulated as any patients who had a past history of both atrioventricular block/structural heart disease/heart failure, and/or had received radiofrequency ablation or pacemaker implantation.

Researchers provided the patient population with the two treatment options, then presented the pros and cons of the chosen option prior to procedure. The primary endpoint of this study was defined as a composite endpoint, consisting of all-cause mortality cardiovascular rehospitalization and thromboembolic events. Patients in ablation group underwent a follow-up for an average of 73.2 months, while the pacing group underwent a slightly longer average follow-up of 77.6 months.

Ablation Beats Pacing by Every Measure

In terms of some limitations, the investigators emphasized that this was a retrospective study, so the clinical evidence level is low, and they stated that a prospective randomized controlled study is needed to verify the findings. Also, the researchers noted, TBS patients in the pacing group had a higher proportion of anticoagulation but still inadequate, suggesting that an increase in anticoagulation rate may effectively reduce the incidence of thromboembolic events (in the pacing group). Additionally, the study may be limited due to selection bias during the selection of treatment strategies.

“Our findings supported that pacing may be a risk factor for worse prognosis in TBS patients,” the researchers wrote. “Catheter ablation for patients with TBS was associated with a significantly lower rate of a composite end point of cardiovascular related hospitalization and thromboembolic events. Furthermore, catheter ablation reduced the progression of atrial fibrillation and heart failure.”

New Research: Risk Stratification for Atrial Fibrillation and Outcomes in Tachycardia-Bradycardia Syndrome: Ablation vs. Pacing: Background: Catheter ablation of atrial fibrillation is an alternative treatment for patients with… https://t.co/CylX5iKGTg #cardiovascular

POCNnews2021-07-08T12:07:54+00:00June 30th, 2021|Cardiology|Comments Off on Catheter Ablation of AFib is Better for Patients with Tachycardia-Bradycardia Syndrome than Pacemaker Implantation