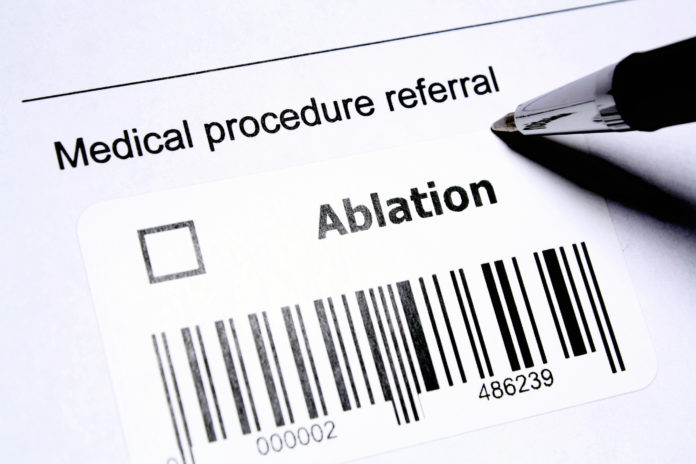 Editor’s Note: Author Natasha Cuk, MD, is a cardiology fellow at Cedars Sinai Medical Center in Los Angeles.  Dr. Cuk is a guest correspondent with the CardioNerds, a DocWire News partner. Follow her on Twitter @NatashaCuk.

A novel target for ablation shows promise in preventing recurrence of atrial fibrillation (AF) according to a study presented at Heart Rhythm Society 2021 (HRS2021) Conference in Boston.1

In a randomized controlled trial conducted at 3 centers in the United Kingdom, researchers recruited 116 participants aged 18-80 years old between 2017-2019 with drug-refractory paroxysmal AF and a high burden of symptoms. Patients received either the novel ET-GP ablation procedure or the more traditional approach of circumferential PVI with radiofrequency ablation.

In a per protocol analysis, the results showed a non-significant difference in freedom from atrial arrhythmia at one year: 58% of the patients who received the specific ET-GP ablation were free from recurrence of AF compared to 64% in the PVI group. Rates of re-do ablations were similar in the two groups and one complication of cardiac tamponade successfully treated with pericardiocentesis was observed in the GP ablation group. The results do not support GP ablation as an alternative to PVI; however, this study did demonstrate that EP-GP ablation is a reproducible technique that can prevent AF. Additionally, radiofrequency ablation time in the EP-GP arm was only half that of the PVI group.

Lead author Dr. Min-Young Kim noted that the up to 58% freedom from recurrence rate in the GP ablation arm is an important finding because of the upstream nature of this ablation target. She noted that this procedure “was targeting the specific upstream triggers of AF in these patients and perhaps these patients had more of an autonomic type of AF.”

Looking ahead to further research, including combining the two methods, Dr. Kim added: “We believe that adding ectopy-triggering GP ablation to PVI […] is forming a double barrier to AF. So not only are we taking out the upstream autonomic triggers of PV (pulmonary vein) ectopy, but then by adding on a PVI we are also preventing any triggered ectopy from conducting into the atrium and causing A. […] A combined procedure of GP ablation and PVI is definitely a region we want to investigate next.”