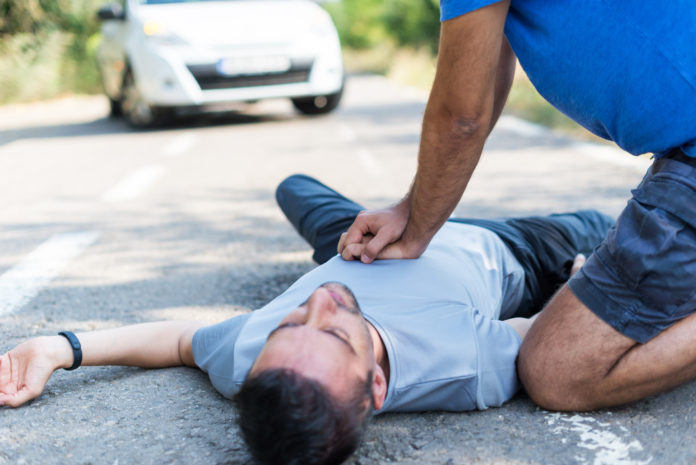 Routine transport to the hospital for an out-of-hospital cardiac arrest was not necessarily better than on-scene treatment and resuscitation, a new analysis suggests.

“There is wide variability among emergency medical systems (EMS) with respect to transport to hospital during out-of-hospital cardiac arrest resuscitative efforts,” the authors wrote in the study rationale. “The benefit of intra-arrest transport during resuscitation compared with continued on-scene resuscitation is unclear.”

” Among patients experiencing out-of-hospital cardiac arrest, intra-arrest transport to hospital compared with continued on-scene resuscitation was associated with lower probability of survival to hospital discharge,” the authors concluded. “Study findings are limited by potential confounding due to observational design.”

Authors of an accompanying editorial noted the importance of understanding differences in care delivery, both for individual patients and for the larger community.

“Ultimately, understanding the heterogeneity of care may maximize the generalizability of study findings and optimize the value that individual persons and communities might gain from advances in OHCA management,” they wrote in the editorial. “The incidence of OHCA will increase with the anticipated aging of the US population, and the urgency to advance the science of resuscitation and of resuscitation models must increase to meet the needs of the population.”

In this cohort study of patients with out-of-hospital cardiac arrest (OHCA) in an OHCA registry, intra-arrest transport to hospital was associated with lower probability of survival to hospital discharge vs continued on-scene resuscitation https://t.co/RQyCM6mRgi @BrianGrunau

Should I stay or should I go? #EMS Impact on pt survival in CPR an observational study: Association of Intra-arrest Transport vs Continued On-Scene Resuscitation With Survival to Hospital Discharge Among Patients With OCHA https://t.co/wK2djdsrzI #FOAMed #FOAMpara #paramedic

In JAMA this week: intra arrest transport has worse ( 0-15 min) or neutral (15-30 min) outcome compared to “stay and play”, irrespective of presenting rhythm, or use of mechanical CPR devices. What are the implications for potential ECPR candidates? https://t.co/p2kST3wUle