Skip to content
:Home>>Cardiology>>Preoperative Stress Testing in THA and TKA May Be Nothing to Stress About 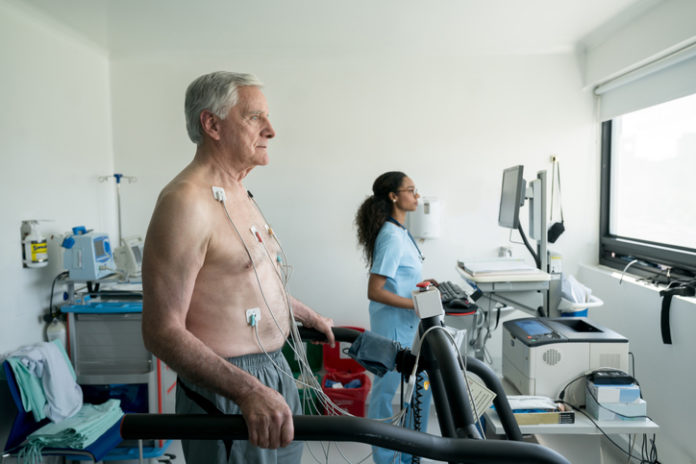 A recent decrease in preoperative cardiac stress testing in patients undergoing total hip arthroplasty (THA) and total knee arthroplasty (TKA) may not have increased the risk of certain cardiac complications, according to a study.

Stress testing is often performed prior to noncardiac surgery, but trends and associated outcomes remain unknown, the study authors observed.

They conducted a cross-sectional study of elective THA and TKA patients treated between 2004 and 2017 by searching IBM MarketScan Research Databases inpatient and outpatient healthcare claims. The primary outcome was the trend in annual preoperative cardiac stress testing.

The study was published in JAMA Cardiology.

Performing stress testing is not only costly but can also delay a patient’s time to surgery, possibly with no clear benefit for the patient, according to the study’s first author Daniel Rubin, MD, UChicago Medicine associate professor of anesthesia and critical care.

“Even though there may be clear guidelines [from the  American College of Cardiology and American Heart Association], you may find practitioners are unlikely to adhere to them because they don’t know the information, they have outdated guidelines, or they feel their experience is better attuned to a specific patient’s needs,” Dr. Rubin explained in a press release.

Notably, a recent study observed that, in TKA, baseline disparities may be explained by race. In an analysis published in the Journal of Racial and Ethnic Disparities, the rates of comorbidities including diabetes, hypertension, and anemia, as well as prolonged surgery times, were higher among racial and ethnic minority patients. Black/African American patients had significantly evident baseline disparities, including higher rates of tobacco smoking and congestive heart failure. In this study the researchers conclued, “Racial and ethnic disparities remain a public health challenge for patients undergoing TKA. While initiatives aimed at improving preoperative disease-burden and comorbidity profiles represent an important step, they alone are insufficient to fully account for or eliminate the disparities in TKA outcomes.”