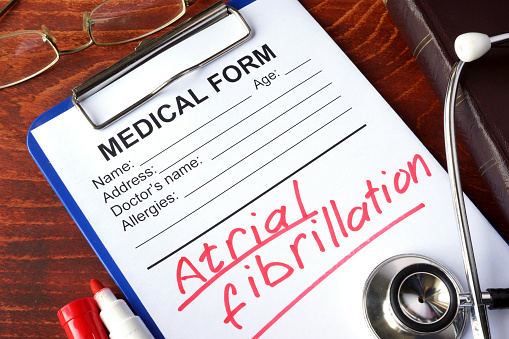 A new study shows that among patients with ischemic stroke, the use of implantable electrocardiographic monitoring is appreciably more effective at detecting atrial fibrillation (AFib) compared to prolonged external monitoring.

These Findings May Save Lives

“We know that (the current method of monitoring) isn’t as effective as it could be in picking up AFib from this study because regardless of which arm of the study patients went into, we were picking up anywhere from five to 15 percent extra AFib,” said Brian Buck, a stroke neurologist and associate professor of medicine at the University of Alberta via press release about the study. “We found in the study there were a lot of patients with undetected AFib, even after they received the standard cardiac monitoring.”

“We believe that those patients that were identified with AFib are now, for the rest of their lives, going to have a much lower risk of having a stroke in the future,” added Buck.

The findings were published in JAMA.

(Compared to 5% detection of AF with external loop recorder).

Confirms what we had long suspected and could be a practice changer.
Probably cost-effective (tbc).#CardioEd https://t.co/gziCLmm2K2

“We didn’t expect that we would get such a dramatic increase with the longer recording, even though it intuitively makes sense,” said study co-author Michael Hill, professor of neurology at the University of Calgary and senior medical director for stroke with Alberta Health Services’ Cardiovascular and Stroke Strategic Clinical Network. “Most people suspected that detection rates apply to only certain subtypes of ischemic stroke. This study showed that theory is not correct.”

“This new evidence will help guide selection of what strategy is best going forward,” added Hill. “We need to go beyond (24-hour monitoring) for Albertan patients. But if the system is going to pay for this technology, we need to know more definitively that patients are going to end up with lower stroke rates in the future.”