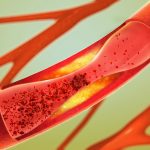 The use of medical therapy to prevent adverse events in patients who underwent revascularization for peripheral artery disease (PAD) has increased in recent decades, with reduction in outcomes at all levels.

“Patients with PAD are at increased risk of cardiovascular morbidity and mortality,” Medical prevention with antithrombotic and statin therapies is a mainstay of treatment to prevent adverse outcomes; nevertheless, patients with PAD are often undertreated.”

The researchers evaluated an observational cohort of Danish patients (n=32,911) who underwent a first revascularization procedure for symptomatic PAD from 2000 to 2016. The data were drawn from the Danish Vascular Registry, and included all patients with ischemia, either acute (thrombosis or embolism), or chronic (claudication, rest pain, ulcer, or gangrene) in in the foot or leg extremities. The researchers also extracted information about demographics (age and sex), cardiovascular risk factors (smoking, BMI, hypertension, cholesterol), and other comorbidities. Study outcomes included the use of medical prevention (aspirin, statins, or clopidogrel within 180 days of index revascularization) and the one-year risk of adverse outcomes. Participants were followed out to one year.

According to the analysis results, the cumulative use of medication increased between 2000 and 2004, and from 2013 to 2016, respectively. Concurrently, one-year outcomes rates declined, and the improvements in prognosis were most significant from 2000 to 2004 and 2005 to 2008, occurring in all strata of procedures, treatment indication, sex, age, and comorbidity. Only major amputations did not show an improvement over time.

“The profile of patients with peripheral arterial disease who underwent lower extremity revascularization changed from 2000 to 2016 toward older age and a higher prevalence of comorbidity,” the authors wrote. “Despite increases in age and comorbidity, medical prevention of adverse events improved substantially over time, particularly in the first part of the study period and among patients who used medications chronically; in contrast, initiating treatment after revascularization increased modestly among treatment-naïve patients.”

They also emphasized that prognoses improved for most adverse outcomes in both sexes, across all age groups, and all high-risk comorbidities. Myocardial infarction and cardiovascular death declined by more than 40%.

The paper was published in Circulation.