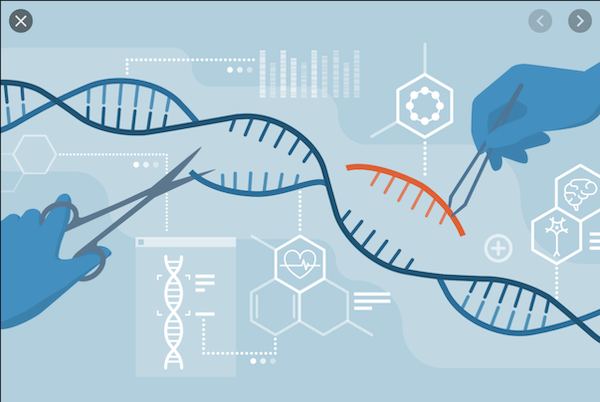 New data from researchers at the Mayo Clinic found that one in six patients with colon cancer had an inherited cancer-related gene mutation.

Researchers enrolled 361 patients being treated for colorectal cancer between 2018 and 2020. Patients underwent germline testing with an >80 gene next-generation sequencing platform. The researchers identified pathogenic germline variants (PGV) in 56 patients (15.5%), including 44 patients with moderate and high penetrance cancer susceptibility genes. Thirty-four patients (9.4%) had findings that would not have been picked up by practice guideline criteria or a colorectal cancer-specific gene panel.

“Though the most common mutations were found in genes typically associated with colorectal cancer, we found that a substantial number of mutations were present in genes typically associated with breast and ovarian cancer,” said senior author Niloy Jewel Samadder, MD, gastroenterologist and hepatologist at Mayo Clinic, via press release. “This may lead to novel targeted therapies based on the cancer’s unique genetic basis.”

Younger age at diagnosis was associated with the presence of PGV (odds ratio 1.99; 95% confidence interval [CI] 1.12-3.56). After genetic testing, 11% of patients had modifications in their treatment based on the findings. After an average of 20.7 months follow-up, overall survival between patients with and without PGV were similar (P=0.2). Only 16% of patients participated in family cascade testing.

“Universal multi-gene panel testing in colorectal cancer was associated with a modest, but significant detection of heritable mutations over guideline-based testing. One in ten patients had changes in their management based on test results. Uptake of cascade family testing was low, a concerning observation which warrants further study,” wrote the researchers in conclusion.

Findings from this study were published in Clinical Gastroenterology and Hepatology.