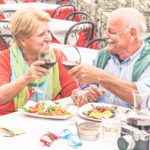 Men with localized prostate cancer on active surveillance had a lower risk of Gleason grade group progression if they followed the Mediterranean diet, according to a study.

2021 marked the fourth year in a row that the Mediterranean diet claimed the number one spot on U.S. News & World Report’s annual ranking of the best diets. (The Mediterranean diet ranked number one overall for 2021 and also garnered the first-place spots for best diets for healthy eating, easiest diets to follow, best diets for diabetes, best plant based diets, and best heart-healthy diets, USA Today reported at the time).

The study evaluated men newly diagnosed with prostate cancer on an active surveillance protocol. Patients filled out a baseline food frequency questionnaire, which was used to determine their Mediterranean diet score across nine energy-adjusted food groups. The researchers implemented Cox proportional hazards models to determine multivariable-adjusted correlations between the Mediterranean diet score and progression-free survival, in which progression was defined as an increase in the Gleason grade group score per a biennial monitoring regimen.

The researchers noted that their findings are in line with other studies assessing the association between the esteemed diet and morbidity and mortality in patients with cancer.

The study was published in the March issue of Cancer.