Skip to content
:Home>>Hematology & Oncology>>Nighttime Light Exposure May Be a Risk Factor for Pancreatic Cancer

Nighttime Light Exposure May Be a Risk Factor for Pancreatic Cancer 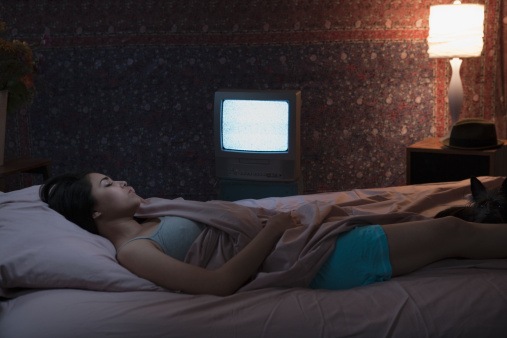 Exposure to light during the nighttime and subsequent circadian disruption may be risk factors for the development of pancreatic cancer, according to new findings from researchers at the National Cancer Institute.

Existing data suggests that disruption of the circadian rhythm may be a risk factor for cancer. Previous studies have found associations between exposure to light at night (LAN) and development of various conditions, such as cancer, heart disease, diabetes, and obesity. Diabetes and obesity are both independent risk factors for pancreatic ductal adenocarcinoma (PDAC).

In this study, investigators aimed to evaluate the relationship between LAN exposure and PDAC rates in a large epidemiological study. The team utilized data from the National Institutes of Health (NIH)-AARP Diet and Health study, a collection of dietary and lifestyle data from more than 460,000 participants in the United States. The NIH-AARP data were collected between 1995 and 1996 and followed up between 2004 and 2006.

To estimate LAN exposure, a baseline was established via satellite imagery from 1996. Incidence of PDAC cases was collected via state cancer registries, and a total of 2,502 cases were identified. Cox proportional hazard models were then used to estimate hazard ratios (HR) for the association between nighttime light exposure and cancer risk in the overall population.

The researchers found an association between higher LAN exposure and increased PDAC risk. Areas with the highest LAN levels had a 27% higher risk of pancreatic cancer compared with those living in areas with the lowest LAN exposure (HR, 1.24; 95% confidence interval [CI], 1.03-1.49). This risk was similar between men and women, or an HR of 1.21 versus 1.28, respectively.

“Our results support the hypothesis that LAN and circadian disruption may be risk factors for PDAC,” the authors concluded.

This study was published in Cancer Research.