Skip to content
:Home>>Hematology & Oncology>>Quality Over Quantity: Research Highlights Importance of Muscle Radiodensity Versus Mass in Patients with Cancer

Quality Over Quantity: Research Highlights Importance of Muscle Radiodensity Versus Mass in Patients with Cancer 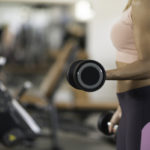 The quality of muscle (muscle radiodensity) may be more important than simply putting on size for patients with advanced cancer, according to a study.

Low muscle mass (quantity) is a well-documented problem for patients with advanced cancer, but there is less known about the role of muscle radiodensity (quality).

For the present study, patients hospitalized with advanced cancer between September 2014 and May 2016 reported physical and psychological symptoms, and underwent CT scans within 45 days of study enrollment. Regression models were implemented to determine how muscle mass and radiodensity correlated with patients’ symptom burden, hospital length of stay (LOS), readmissions, and survival.

“Increasing the quality of one’s weight through muscle development could be more important than simply trying to regain body weight to address cancer-related sarcopenia,” said Scott J. Capozza, PT, MSPT, Board Certified Clinical Specialist in Oncologic Physical Therapy, Smilow Cancer Hospital and Yale Cancer Center, who was not part of the present study. “Skilled clinicians, such as oncology certified dietitians and physiotherapists, are able to develop evidence-based interventions to safely increase the quality of muscle mass.”

The study was published in the March issue of the Journal of the National Comprehensive Cancer Network.

POCNnews2021-03-24T13:13:56+00:00March 10th, 2021|Hematology & Oncology|Comments Off on Quality Over Quantity: Research Highlights Importance of Muscle Radiodensity Versus Mass in Patients with Cancer